GOP: We Will Get Right To Work On January 3rd 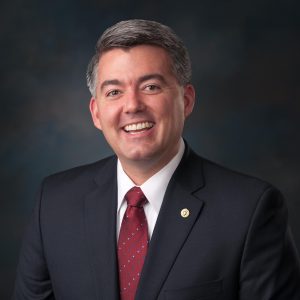 The Weekly Republican Address was delivered by Sen. Cory Gardner (R-CO). He spoke about the new direction Americans voted for in November and touted new opportunities in the New Year.

Gardner was Tuesday’s KVML “Newsmaker of the Day”.

Perhaps due the the Holiday season, a full transcript was not provided to the media. Here are highlights of the Weekly Republican Address:

“It’s been a busy and exciting year marked by numerous bipartisan achievements. From the passage of the first long-term highway bill in nearly two decades to securing funding to fight the Zika virus, the Republican majority has proven that it can put politics aside and deliver real accomplishments to the American people.

On Jan. 3, the Senate will return to Washington and get right to work. We’ll work to repair the damage of Obamacare – a law that was sold on broken promises to the American people. A law that has led to soaring premiums, failing insurance markets, and dwindling choices.

A Republican in the White House and a Republican majority in Congress present tremendous opportunity to make real progress.

We have a lot of work to do, and we approach 2017 with a renewed sense of optimism and a commitment to find solutions to revitalize America from coast to coast. Now more than ever, we recognize that there are better days ahead of us, and we know with great confidence, that through the hard work and might of the American people, the world will once again look toward the United States as the land of freedom and opportunity.”