Man Arrested For Drugs While Illegally Mining At Area Reservoir 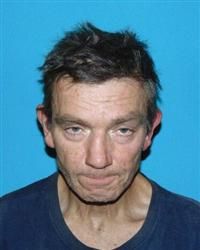 Deputies were called to an area near Moccasin Creek Road Tuesday afternoon after a ranger at the Don Pedro reservoir reported a man trespassing. Sheriff’s officials say deputies found 54-year-old Kerry Emmerson there operating an illegal dredging mine. During questioning deputies also noticed that Emmerson had a fully loaded syringe with a brown liquid in it and drug paraphernalia.  Also discovered at the scene were tools, human waste and debris that suggest Emmerson had been there for several days, according to Sheriff’s officials.

Emmerson was arrested at the scene and transported to the Tuolumne County Jail.  A test of the brown substance in the syringe revealed it was heroin. He faces possession of heroin and drug use paraphernalia charges.