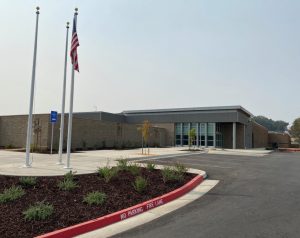 Sonora, CA — The Tuolumne County Board of Supervisors is currently carrying out negotiations with labor unions, and Sheriff Bill Pooley is making the argument that more money needs to be allocated for public safety staffing.

The board went into closed session as part of ongoing negotiations at this week’s meeting, and Sheriff Pooley made a plea to the board for help, right before. He noted that his patrol division has 59 positions, and eight are vacant, six people are injured and three are leaving (17 percent vacancy rate).

In the custody division, there are 47 positions, and 13 are vacant, three people are injured and two are leaving (32 percent vacancy rate).

Sheriff Pooley added that he recently closed the narcotics division, due to staffing levels, and took deputies away from the high-risk supervision team. He has also pulled back the school resource deputy and has not been able to fill 6.5 grant-funded positions.

In addition, he said the department is unable to use half of the jail beds, due to staffing, and has spent $80,000 so far this year sending inmates to Calaveras County Jail. He is also strongly considering closing the boat patrol division this spring, unless things improve.

Pooley argued, “The number of vacancies will rise, if something is not done immediately. People are leaving, and I need you (board) to place my office in a place where I can actually hire and retain quality law enforcement officials who are in our community.”

He added, “We are in a public safety staffing crisis, make no bones about it.”

Labor negotiations are held in closed session and any agreed-upon raises would be voted on in open session at a later time.