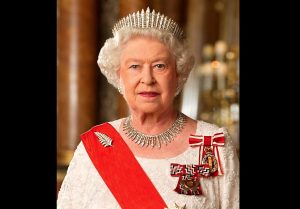 The Queen held the throne for 70 years and passed away at the age of 96.

“California joins the United Kingdom, the Commonwealth, and people around the world in mourning the passing of Her Majesty Queen Elizabeth II,” stated Governor Gavin Newsom.

Her death was announced by the palace this morning. Family members were at her bedside at her summer residence, Balmoral Castle in Scotland, when she passed. In his condolences, Newsom remarked, “The longest-ruling monarch in British history, Queen Elizabeth II, has had an extraordinary impact throughout her momentous life and work. Never having expected to become Queen, she nevertheless embraced her duty to serve, joining the armed services during World War II and pledging on her twenty-first birthday to devote her life to the nation and the Commonwealth.” He also conveyed, “Throughout her unprecedented seven decades on the throne, Queen Elizabeth remained true to that promise, providing an unwavering source of leadership, inspiration and stability through times of great social change and uncertainty while serving as matriarch to her own family.”

Following the announcement of the Queen’s death, crowds gathered outside Buckingham Palace in the rain, openly weeping. The flag over the palace was lowered to half-staff as the second Elizabethan age came to a close.

“As we reflect on her incomparable life and legacy, our hearts are with the King and the Queen Consort and the entire Royal Family during this time of great loss,” expressed Newsom.

With her passing, Prince Charles, at 73 years of age, automatically became king and will be known as King Charles III. He issued this statement regarding his mother’s death, saying it is “a moment of the greatest sadness for me and all members of my family,” adding: “I know her loss will be deeply felt throughout the country, the Realms, and the Commonwealth, and by countless people around the world.”

His second wife, Camilla, will be known as The Queen Consort.