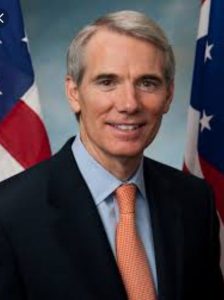 Ohio Senator Rob Portman delivered the Republican Weekly Address. He is today’s KVML Newsmaker of the Day. Here are his words.

“I’m Senator Rob Portman. I’m here in Ohio today to talk to you about an epidemic in my state: the growing problem of addiction to heroin and prescription drugs. But it’s not just in Ohio. Sadly, it’s everywhere.

“With an average of more than 120 Americans dying every single day from overdoses, it’s now the number one cause of accidental death in the country, surpassing car accidents. And it’s getting worse. It’s only July, and already, in some Ohio cities, we’ve had more people die from overdoses than in all of 2015.

“And as tragic as that is, it’s only part of the problem. In addition to those we’ve lost to overdoses, there are millions more across the country who are suffering—who have lost a job, broken relationships with their family and friends, or turned to crime to pay for their drugs. In Ohio alone, some 200,000 people are struggling with addiction. The numbers are overwhelming. And behind the numbers are shattered dreams.

“Holly DeRae from Carrollton, Ohio was a talented singer and a good student; she was elected to her high school Homecoming Court and Prom Court. But at 19 years old, on a whim, she tried heroin with her boyfriend. She became addicted. Her mom got her into treatment, but after a year of sobriety, the grip of addiction took over. She relapsed, and died of a heroin overdose. She was just 21 years old, and left behind an infant son.

“Robby Brandt was a sophomore in high school in Olmsted Falls, Ohio, when he had his wisdom teeth removed. He was given prescription painkillers, and became addicted. Robby fought the addiction bravely for years. He used to tell his Dad, ‘I didn’t ask for this. I don’t want this.’ At age 20, when the pills were too expensive and too hard to get, he tried heroin. Within seven months he was dead of an overdose.

“I have heard too many of these heartbreaking stories from grieving moms and dads all across Ohio. This epidemic is at crisis levels and it knows no ZIP code or walk of life. It’s everywhere. Fighting it is going to require all of us to work together.

“Here’s the good news: earlier this month Congress passed a law that will actually make a difference. It is not a Republican or Democratic approach: we wrote it over three years based on real-world evidence of what works and what doesn’t work. We took ideas from people in recovery from addiction, from treatment counselors, prevention experts, law enforcement, doctors and nurses, and – yes – from family members like Holly’s mom and Robby’s dad, both of whom testified before Congress about our bill.

“It’s called CARA, the Comprehensive Addiction and Recovery Act, and it makes the federal government a better partner with states and local communities and non-profits in the fight against this epidemic. It starts by recognizing that addiction is a disease—and must be treated that way. By helping end the stigma that has surrounded addiction for too long, we can encourage more people to come forward and get the treatment that they need.

“CARA will increase our investment in federal opioid programs by $181 million a year. In total, we’re on track to more than double what we invested just a couple of years ago. Just as important, CARA will make those investments more effective by targeting them toward the programs that work.

“CARA improves prevention by expanding educational efforts, including a new national awareness campaign about the link between prescription painkillers and heroin, fentanyl, and other drugs. It expands treatment, including giving prescribing authority to nurse practitioners and physician assistants for medication-assisted treatment. It expands drug courts. It increases the availability and training for a miracle drug called naloxone, or Narcan, that can actually reverse a drug overdose instantly. And CARA is the first federal law to support long-term recovery.

“More than 250 groups from around the country in the public health, law enforcement, criminal justice, and drug policy fields have endorsed CARA, and it passed both Houses of Congress with strong bipartisan votes.

“It’s an example of how, by working together to find common ground, we can address the big issues that face our country.

“But our work here is not over. Through CARA, Congress has decided to spend significantly more taxpayer dollars to address the epidemic and changed how the money is spent so it is more effective. Now we need to fight for this every year in the annual spending bills. I welcome the White House’s engagement and support in that effort.

“Ultimately, the addiction epidemic will be solve by our families and in our communities. But CARA makes the federal government a far better partner in that effort.

“With CARA now law, I believe that we can begin to turn the tide on this epidemic, save lives, and help restore hope for millions of our fellow citizens. Thanks for the part you’ll play in that and thank you for listening.”