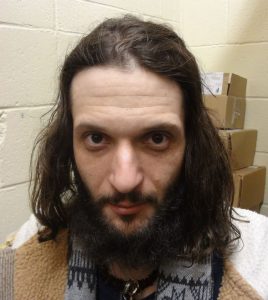 Residents of North Stewart Street reported waking up in the seven o’clock hour to the sounds of commands from a loudspeaker system emanating from the Tuolumne County Sheriff’s Office SWAT Lenco BEARCAT vehicle.

According to Sonora Police Chief Mark Stinson, “We had been looking at this residence for some time and had several problems and complaints of possible drug dealing going on there…the officers working the case were able to get a search warrant and serve it on the residence, which is located in the 400 block.”

The chief continues, “Because of a couple of the calls that we had there previously involved firearms, it became a high-risk search warrant. So we asked the Tuolumne County SWAT Team to assist us in the service.” He adds, “[The Tuolumne County SWAT BEARCAT] is an excellent resource…our department actually put funds toward the purchase of the vehicle. It is a great resource for this community, especially the way things are happening in the world right now. It is something that every county should have at least one of!”

According to Chief Stinson, after receiving several reports of narcotics being sold out of the residence, investigators developed a main focus on the renter, Austin Smusz, 32, of Sonora.  Sonora police, deputies, probation department and district attorney’s office personnel along with members of the CHP took part.

Six people were located inside and detained. A search turned up methamphetamine and paraphernalia associated with illegal drug use. Smusz and three other Sonora residents were arrested without incident in connection with the search and taken to the Tuolumne County Jail.