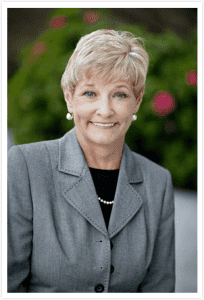 Sacramento, CA — A Republican California Senator, and the wife of the Mother Lode region’s Board of Equalization member George Runner, has died.

Sharon Runnner, 62, had returned to the legislature last year following a double lung transplant. Her family has issued a statement this morning that she passed away peacefully at home following respiratory complications.

Assembly Republican Leader Chad Mayes reacted to the news by calling Runner a champion for California’s children. Mayes says, “She authored legislation to expand charter schools, help more families adopt, and improve the lives of foster kids.  She garnered national attention as the author of Jessica’s Law – groundbreaking legislation to protect our communities from sexual predators.”

Mayes added, “Sharon’s battle with scleroderma and her successful recovery from a double lung transplant inspired us all, and encouraged many Californians to sign up to become organ donors.  She was also a role model for women aspiring to public office, rising to become Assistant Assembly Republican Leader and working tirelessly to elect Republican women across the state.”

Governor Jerry Brown also released a statement, reading, “Anne and I were saddened to learn of the passing of Senator Sharon Runner who so selflessly served her constituents, her community and the state of California over the years. Our thoughts are with the Runner family on this difficult day.”

Runner is survived by her husband George, two children and four grandchildren.

In recognition of Runner, acting Governor Gavin Newsom has ordered Capitol flags to be flown at half-staff. Governor Brown is currently out of the state.