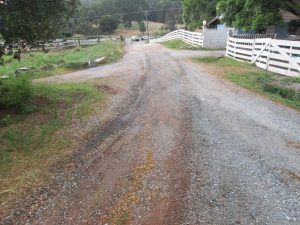 Sonora, CA — The Tuolumne County Sheriff’s Office is investigating a reported home invasion robbery that occurred in the 15000 block of Tuolumne Road.

The Sheriff’s Office says it happened Monday at 6pm. Investigators say it was “not a random act” and the residence was specifically targeted. Two unknown men entered the elderly victim’s home and knocked him to the ground. The suspects stole the victim’s wallet and around $2,000 cash. The victim is reportedly a landlord in the community, and the suspects appeared to know where the cash was stashed before entering. The victim described the two men as white male adults, 30-35 years old, dark hair, clean shaven, around 5’10” – 6’0″ in height and wearing blue jeans and unknown color shirts.

The victim did not recognize the suspects but did see a beige colored car leave his driveway and head east on Tuolumne Road. Anyone with information on the case should contact the Sheriff’s Office at 209-533-5815.