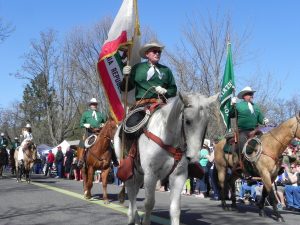 The 10am parade annually draws thousands to the community, so it is important to plan ahead.

The Sonora Police Department is planning the following road closures:

There will be “No Parking” allowed on the side streets between Washington Street and Green Street and between Washington Street and Stewart Street. This will include Elkin Street, Dodge Street, Jackson Street, Yaney Street, Bradford Street, Theall Street, Linoberg Street, Church Street, June Street, Gold Street, Williams Street, and Lytton Street. These restrictions will start at 5:00 am and will conclude at the end of the parade. Vehicles parked in these areas will be towed as well.

Following the parade, the parade route will remain closed for approx. 10-15 minutes to allow spectators to leave the area.

Before today’s parade, the Tuolumne County Transit Trolley will run continuous loops from The Junction (near TJ Maxx) to Stewart Street downtown from 8 until 10 a.m. There will be no service during the parade. Service will then pick back up immediately following the parade with return service to The Junction. It will then run until 6:30 in support of the Mother Lode Roundup Rodeo; departing The Junction on the hour and leaving from the Mother Lode fairgrounds on the half-hour. All of the vehicles are ADA.