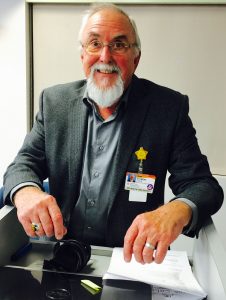 San Andreas, CA — Will they — or should they — stay together or not?

Now evaluating the pros and cons of continuing a unique and complex nearly 30-year relationship, a local healthcare district covering all of Calaveras County and its hospital partner are weighing their options.

Its 30-year contract with Dignity Health, which winds down at the end of 2019, presents challenges and opportunities in a changing healthcare industry that is ripe with funding uncertainties, including for critical access facilities in rural communities such as Mark Twain Medical Center.

Although both sides have the option of simply renewing their agreement, several unique factors guiding the development of their somewhat odd, hybrid relationship partnership provide enough complexities that the district led its first in a series of three outreach sessions on Wednesday evening with a history lesson bringing attendees back to its 1946 founding roots.

Providing a thoughtful primer Daymon Doss, the district executive director recounted that Mark Twain District Hospital, built in 1951, was initially funded through the post WWII Hill-Burton Act, passed by Congress to provide grants and loans for the construction and modernization of hospitals and other health facilities. Fiscal issues that later came to a head led the board in 1989 to partner with the Stockton-based St. Joseph’s Hospital; seven years later the hospital affiliated with Catholic Healthcare West, an entity that four years ago became known as Dignity Health.

While the district, through past negotiations, holds a rare half-ownership of facility assets with the entity now known as Dignity Health, hospital operations come under the auspices of the nonprofit Mark Twain Medical Center Corporation. With that lease agreement due to end Dec. 31, 2019, the district board now needs to determine, with input from the public, how it might best proceed in planning for the future.

Beyond a new, similar contract with Dignity, possible options include determining a different relationship with it or another operator — even moving forward as an independent operator. In addition to tremendous analysis, planning and execution, both the latter options would require a sell-off of whatever assets the partners co-hold.

Now actively soliciting public interest and input, the district is promoting that it will, in May, share where it and Dignity Health are in their lease evaluation phase, along with what other potential directions the district may be actively considering. MTHCD has posted online a fair market value analysis of lease assets estimated at $25 million in real property and nearly $3 million in furniture and moveable equipment.

Come June, the district hopes to provide at a public meeting a recap and update of its options. By law, the district must have Calaveras County residents vote on whatever initiative they ultimately come up with; so if a solid direction becomes apparent by then, it is possible that organizers may push a move-forward proposal in time for it to make the November General Election ballot. Any proposed measure would have to garner a simple majority of votes plus one to pass.

However, it is also possible for the district to get county residents to weigh in via a special vote-by-mail election, sometime in the future, independent of general election timelines.

Clarke Broadcasting will provide regular updates as this issue continues to unfold. Dates and locations for May and June public sessions are still to be announced. For more details on MTHCD as it looks to plan ahead of its lease agreement, click here.