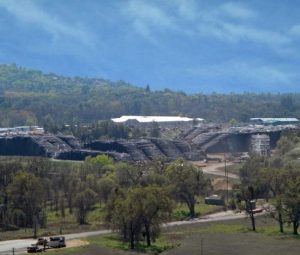 Sacramento, CA — During drought times California farmers are still managing to set sales records for their crops, according to the latest state ag figures just out, although the Mother Lode reports mixed results.

The recently released annual state report, which covers 2014 sales, shows that overall, California growers managed to hit sales of $53.5 billion during the same year that Gov. Jerry Brown initially declared the California drought emergency. The total represents an improvement of more than 15 percent over the sales for 2013, previously reported at $46.4 billion. California is the leading US state in cash farm receipts with combined commodities that represent nearly 13 percent of the US total.

Experts state that high customer demand for crops like almonds is helping farmers, along with their ability to dig deeper, bigger irrigation wells. Ag industry critics maintain that farm watering during the drought has impacted surrounding wildlife and residents relying on household wells.

Almonds, with $5.9 billion in sales, are listed in the report as the state’s second largest farm commodity for 2014. Milk and cream came in on top at $9.4 billion. Grapes, in third place, hit $5.2 billion in sales. Cattle and calves followed in fourth, at $3.7 billion. Top crops placing fifth through tenth, in that order, are: berries, lettuce, walnuts, tomatoes, pistachios and hay.

The current Tuolumne County ag report for the 2014 crop-year indicates a total of over $44 million in crop sales receipts, an improvement of over 21 percent from the previous year, aided by strong gains in livestock and timber. Despite a price drop in the latter, timber values were up over eight percent, due to a nearly 62 percent increase in the amount of board-feet harvested the previous year. Livestock and poultry came in at nearly $23.8 million; timber at almost $14.9 million. Placing third, field crops generated about $4.5 million. Other top commodities listed per the report, in order of strength, were: miscellaneous fruits and nuts; apiary and nursery; and livestock and poultry products (wool, eggs, hides and manure).

The latest Calaveras County ag report for the 2014 crop-year lists total sales of just over $26.8 million, down 14 percent from the previous year, somewhat due to a $6 million decrease in timber industry dollars. That loss was attributed to a tree salvage focus in the Tuolumne County area following the Rim Fire. The number one commodity, cattle and calves, hit a record high of almost $13.7 million, surpassing the combined total of all the others. Although wine grape yields were down 20 percent for the year, prices held and overall sales came in at roughly $2.7 million. Walnuts, the third largest county crop, earned over $2.2 million. Rounding out the top ten crops, in order of strength, were: poultry; timber; miscellaneous fruits and nuts; sheep and lambs; vegetable crops; apiary; and nursery plants.