Attack And Robbery In Sonora 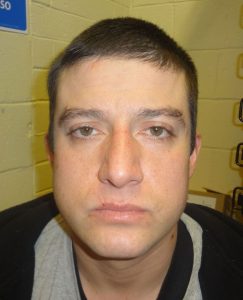 Sonora, CA – Sonora Police arrested a man for robbing a woman after he allegedly attacked her.

The incident happened on Tuesday just after 7 p.m. in the 300 block of Hospital Road.  When officers arrived on the scene, they found that the female victim had visible injuries.  After questioning the woman, officers determined that she and a man she knew and had separated from, 33-year-old Anthony Trujillo, a transient, had quarreled over her alleged drug use.  The SPD says that the argument had allegedly escalated into a physical fight when Trujillo attacked the victim.  He then took more than $300 from the woman’s pocket and punched her vehicle’s windshield, cracking it.

A short time later, officers arrested Trujillo at the U.S. Post Office on South Washington Street, a few blocks from the incident site, without incident.  Officers found the stolen money hidden nearby.  Trujillo was booked into the Tuolumne County Jail on felony robbery charges.