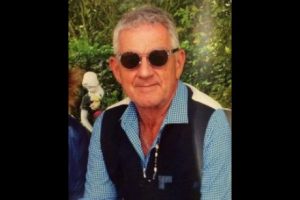 Fresno, CA – The former owner of two Chrysler Dodge Jeep Ram (CDJR) dealerships, one in Sonora on Mono Way at the site of the former Mother Lode Motors and the other in Lodi, is facing wire fraud charges for allegedly stealing millions from investors.

A federal grand jury, last week returned an eight-count indictment for wire fraud against 73-year-old Vincent Elliot Porter, of Oakdale, for wire fraud. Court documents revealed that between 2013 and 2017, Porter allegedly used those businesses to defraud investors of nearly $8 million. Porter reportedly promised investors fixed rates of return while falsely representing that the investments were risk-free and backed by collateral. The FBI investigation also found that Porter misrepresented the financial health of the dealerships and the intended use of investor funds. Instead, Porter spent much of the investors’ funds on personal items like expensive travel, including golf resorts such as Pebble Beach, high-end hotels such as the Ritz Carlton, and numerous trips to Las Vegas, the Napa Valley, and other luxury locations. According to F.B.I investigators, he also purchased an expensive vehicle.

Porter purchased the dealership in October 2015 and it opened in March of 2016, as reported here. The dealership closed a short time later with no explanation. Brand new vehicles were left parked at the dealership as noted by an earlier story on a DUI crash involving one of those vehicles in September of 2017.

If convicted, United States Attorney Phillip A. Talbert relayed that Porter could spend a maximum of 20 years in prison and pay a $250,000 fine on each of the eight counts, totaling $2 million.