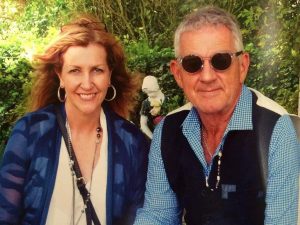 Sonora, CA — “Sonora Chrysler-Dodge-Jeep-RAM” will open this December at the site of Mother Lode Motors on Mono Way.

The owners of the new dealership, Vince and Heather Porter, have agreed to purchase all of the physical assets and property from Mother Lode Motors. Over the next couple of months several improvements will be made at the site, at 13411 Mono Way, and it will eventually re-open as a brand new dealership that will offer Chrysler, Dodge, Jeep, RAM, Mopar, SRT and Hellcat. Per the agreement, the Porters will officially take ownership of the site Friday morning. The Porters also own a similar type Chrysler dealership in Lodi.

The couple, who reside in Oakdale, are bringing with them 20 years of experience in the automotive industry.

Heather is also a former professional horse trainer and Vince is a former Vice President/Director of Operations for Toys R Us.

Mr. Porter hopes that some of the existing Mother Lode Motors employees will be part of the workforce at the new Chrysler dealership. He notes that some of the early interviews are taking place this week. When the dealership opens in December, the plan is to have around 25 people employed, and then grow over time. The Porters also point out that they plan to be very involved in the community, which is something they feel very strongly about.

Tuolumne County Economic Development Authority Director Larry Cope has been assisting, behind the scenes, over the past couple of years on this long discussed project. He is pleased to hear that everything has fallen into place. “We have had a great relationship with Mother Lode Motors, and its owners, over the years. We welcome the addition of Vince, and his team, who will bring back the Chrysler dealership, and add Jeep to the product line. We welcome them to our community, and we have been glad to work with them over the past couple of years to make this a reality.”

Clarke Broadcasting also reached out to Stan Flake, long-time owner of Mother Lode Motors, but he was not immediately available for comment.