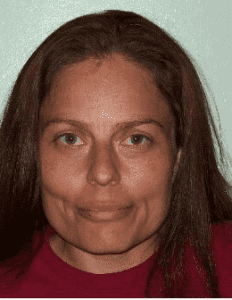 Sonora, CA — In one of the highest profile murder cases the Mother Lode has seen in a long time, a woman on trial for the murder of a Sonora man has been convicted of first degree murder.

Friday, after two-days of deliberation, the jury found 46-year-old Cheryl Lynn Lucero of Twain Harte guilty of shooting 49-year-old Rick Roberts to death on February 16, 2014 in his auto body shop on Mono Way. The charge for Lucero, arrested last June and held on one million dollars bail, additionally carried an enhancement for personally discharging a firearm in the commission of the crime. Prosecutors stated Lucero and Roberts, who was married, were having an affair.

Tuolumne County District Attorney Laura Kreig, clearly happy with the verdict, states that the focus throughout the trial and working on the case since Roberts’ death has been his family, working along with Victim Witness Advocate Ginger Martin and the DA’s office in providing services for them.

“It’s a very emotional day,” Kreig readily admits. “We are very pleased with the verdict and are very grateful for the thoughtful and attentive jury that we had, throughout this very long case. I can’t express enough, how much I feel that justice has truly been served today, and that we received justice for Rick Roberts.”

Lucero faces 50 years to life in prison in her sentencing hearing, which has been set for October 13 at 8:30 a.m. at Tuolumne County Superior Court.