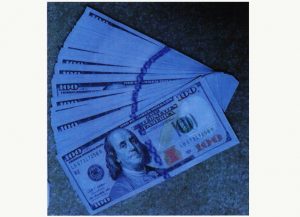 Sacramento, CA — A man who served as a contract manager employed by Caltrans has pleaded guilty in connection to a bid-rigging and bribery scheme involving state transportation contracts.

The US Department of Justice reports that Choon Foo “Keith” Yong thwarted the competitive bidding process for several Caltrans contracts to ensure that companies controlled by Yong’s co-conspirators were awarded the work.

The crimes were carried out from early 2015 through late 2019, while Yong was a Caltrans employee, and based in Sacramento.

The contracts were collectively worth more than $8 million. Yong received a 10-percent kickback in the form of cash, furniture, wine and remodeling services for his home.

“Today’s guilty plea is the first in the Antitrust Division’s ongoing investigation into bribery and bid-rigging at Caltrans,” said Assistant Attorney General Jonathan Kanter of the Justice Department’s Antitrust Division. “Given the Infrastructure Investment and Jobs Act’s $1.2 trillion authorization and the critical role of transportation infrastructure in our nation, rooting out bid-rigging schemes that cheat the competitive bidding process remains a top priority for the division and its Procurement Collusion Strike Force partners.”

Yong is scheduled to be sentenced on August 22.