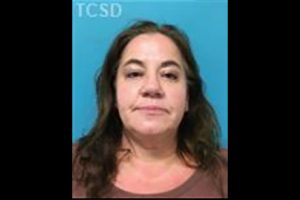 Sonora, CA – A Phoenix Lake-Cedar Ridge woman admitted to stealing another person’s mail that included a debit card and going on a shopping spree, according to sheriff’s officials.

A report of fraud and theft by the use of a debit card brought Tuolumne Sheriff’s Deputies to a home in the 21700 block of El Lobo Center near the Phoenix Lake Golf Course on Sunday (March 20) morning last week. Deputies spoke to the victim, who told them that 50-year-old Megan White had taken and used their debit card at various businesses, charging around $17,700 on it.

Further investigation determined White had stolen the victim’s debit card from the mail. Deputies questioned White three days later, and they say she admitted to not only taking the card but using it at area businesses for several weeks. She was arrested for felony identity theft and theft by the use of an access card. Her bail was set at $20,000.