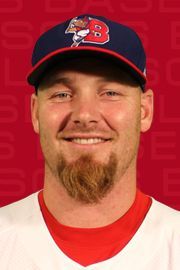 Coke, 32, has been assigned to the Stockton Ports, which is Oakland’s single-A minor league organization. It has been an up and down season for Coke. He has spent time with the both the Chicago Cubs and Toronto Blue Jays, and had a combined 5.68 Earned Run Average (ERA). Coke signed with the A’s last week after again becoming a free agent. Playing in Stockton allows him to compete close to where he has many friends and family.

We reported in 2009 that Coke received a special proclamation from the Sonora City Council congratulating him on winning a World Series with the New York Yankees. Coke also later appeared in the World Series as a member of the Detroit Tigers in 2012.