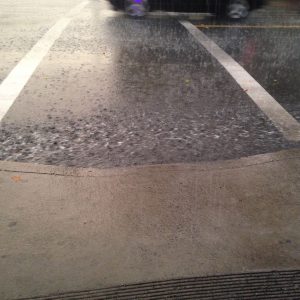 Sacramento, CA – Do the heavy rains in Texas and the plains spell more water for California?

Some weather experts say that some of the weather conditions we have seen in late May, if they continue, might bring more precipitation to the drought stricken state. According to California Department of Water Resources State Climatologist Michael Anderson, “So what this means is that we would need these conditions to remain present and intensify into a strong El Nino to really get a strong correlation with winter time precipitation in Northern California. If it doesn’t do that, then we’re right back into a situation where we could have any outcome, anything from another 1977 type water-year, which would be really bad to a wet year. So, this is the least predictable time, as far as what the next water-year is going to be, with respect to El Nino.”

Late May brought some unexpected moisture to southern California. Anderson says San Diego has the strongest correlation to El Nino conditions in California. In May, that region had quite a bit of precipitation, much greater than they usually get. Some of that had to do with a strong southern storm track, which provides a lot of energy for spring storms from which to feed.

Northern California generally benefits from large storms that affect the whole state. “The strong El Ninos of 1983 and ‘98 stick in peoples’ minds, and I think that’s where the association comes from,” he states. “Right now we’re at a position where anything can transpire in the coming year, and with the forecast models of  El Nino conditions that extend on out towards winter, the models have the El Nino event peaking…in October-November, which is a little early. We would have rather seen it extend on into December-January. So, it’s certainly not one of those really strong type events, like Texas. “

As for the chance of precipitation this weekend, Anderson says, “We will see spotty showers. If you’re underneath it, it might rain heavy, but it will be scattered.”