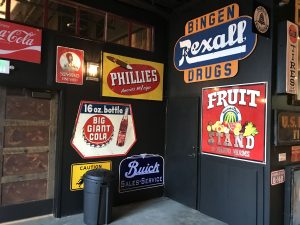 The restaurant and entertainment complex at 208 South Green Street was developed by Doug Kennedy but never opened after he and his family relocated to Florida (though the standalone Bourbon Barrel was open from 2015-17). The facility has been sitting vacant for the past few years.

Kennedy relays, “I am extremely happy to announce Doug and Jenn Edwards along with their partners Rebecca and Jordan Barrows as the new owners. The new owners bring years of experience in the restaurant and food services industry and are local to the Tuolumne County area.”

Though he will not own the facility, he is pleased to see that the vision of him and his wife Tracie will move forward. Adding, “I’m so excited for the grand opening, excited for the patrons, the community, and the new ownership group.”

The 14,000-plus square foot facility is expected to partially open, under the new ownership, as early as this spring. The price was not disclosed. It had been publicly listed for sale at $4.4-million during the middle of last year.