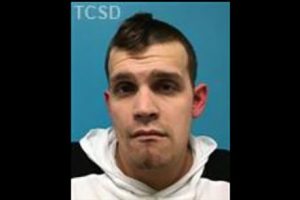 Jamestown, CA – A man and woman from Oakdale with previous drug arrests warrants allegedly gave false names to a depute to hide those crimes.

A traffic stop of a Jeep near the Preston Lane and Seco Street intersection in Jamestown last Wednesday (Feb. 23) night resulted in the seizure of Fentanyl and Methamphetamine. When being questioned by a Tuolumne Sheriff’s Deputy the suspects inside the vehicle stated they did not have any ID and both gave the name of a sibling instead to avoid arrest for multiple drug and burglary warrants, according to Sheriff’s spokesperson Ashely Boujikian.

A search of the Jeep turned up methamphetamine, additional drug paraphernalia and a second California Driver’s License that appeared to belong to the female passenger, 28-year-old Brendie Arredondo, proving she was not the sibling she had originally stated to the deputy.

Both were arrested on charges of false personation of another, several drug possession-related charges and for their previous local felony warrant and two outside agency felony warrants.