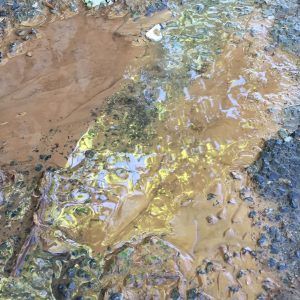 Sonora, CA — A water leak started last Thursday in the vicinity of Cassina High School and it is still being attended to this morning.

T.U.D. General Manager Tom Scesa says his office learned about a notable leak gushing Thursday evening at 7:30pm, and T.U.D. turned off all water valves it could locate to the school. The move reduced the amount of water leaking by 90%. However, the water still trickled out, at a level similar to a garden hose.

Last Friday T.U.D. met with the contractor that the school district called in to repair the leak, as well as school maintenance staff, in hopes of locating the source.  Scesa says the district also offered parts from its warehouse for repairs.

Sonora High School Superintendent Dr. Mike McCoy says he and other school officials were on scene over the weekend, and he called it a minor leak. He indicated that it could be a valve issue.

An additional contractor is looking at the situation this morning, and there is optimism it will be fixed soon.

The incident has caused a stir on social media, given that this is the fourth year of a drought, and water was notably visible throughout the weekend. Scesa says he feels T.U.D. responded appropriately, and readily offered assistance to the district. It’s not immediately clear how much water has been lost as a result of the leak.