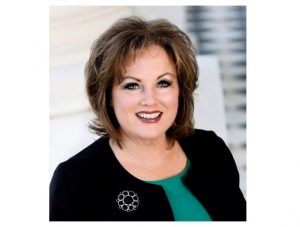 Sacramento, Ca– Senator Shannon Grove(R-Bakersfield) has introduced SB 1042 to include human trafficking in the list of crimes that are defined as serious and violent. That would make the crime a strike under the three strikes law. Senator Grove explains.

“Human trafficking is a horrendous crime that has run rampant in our state, California has been the epicenter of the human trafficking problem for far too long. We must take action immediately to stop this modern-day slave trade and protect the most vulnerable people in our communities. There are an estimated 40 million people globally in the last decade that have been forced into the modern day form of slavery called human trafficking, a number that continues to grow. It is one of the world’s fastest growing and most lucrative crimes, generating around $150 billion around the world each year. Human trafficking victims often suffer from long-term physical and psychological trauma. The American Academy of Pediatrics recognized the severe trauma human trafficking victims suffer and stated the following: “violence and psychological manipulation are common, and victims are at increased risk of injury, sexual assault, infectious diseases, substance misuse, untreated chronic medical conditions, malnutrition, post-traumatic stress disorder (PTSD), major depression and other mental health disorders, homicide, and suicide.”
SB 1042 was introduced in the California State Senate this month and will next be heard in the Senate Public Safety Committee.