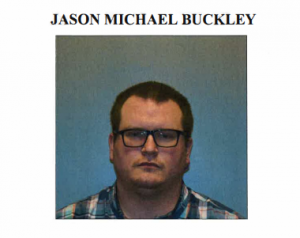 Valley Springs, CA — The Calaveras County Sheriff’s Office has put out a public notice that a sex offender was recently released from confinement several states away and relocated to the county.

The sheriff’s office wants the community to know that Jason Michael Buckley, 35, of North Dakota, was convicted of sexual assault in a juvenile court, and then reoffended at age 20. Buckley was released from custody two weeks ago and has since moved to Valley Springs.

In explaining the details of why the sheriff wants the community to know this information, the office reports, “The purpose of this release is to enhance public safety and allow members of the public to protect themselves and their children from sex offenders.”

Adding, “Buckley is not wanted by law enforcement. This is a release of information only.”

The sheriff’s office reports that Buckley has been residing in the area of Baldwin Street in Valley Springs.