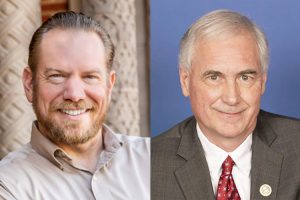 Magsig is a Fresno County Supervisor and former Mayor of the City of Clovis.

McClintock’s campaign announces that he has just secured the backing of all current California GOP Congressional representatives.

House Republican Leader Kevin McCarthy adds, “Tom has my support and endorsement. He is a leader in the House when it comes to streamlining forest management in our National Forests, guaranteeing water deliveries to our farms in the Central Valley, and combatting the tidal wave of illegal immigration on our southern border.”

The top two vote-getters in the June primary, regardless of party, will move onto the November General Election.