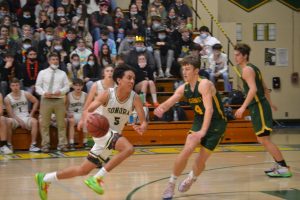 The Wildcats, led by seniors Callahan Hanson and Ben White, finished the regular season 25-3 and are co-champs of the Mother Lode League. They enter the playoffs as the top-ranked Division 4 team in the section and the fifth-ranked team in the state, and yet they are seeded number four. El Dorado has had an up and down season, finishing with a record of 11-16. The record is deceptive, as they had some strong performances against quality competition late in the season. The Cougars lost by four to the number five seed, Union Mine. They also had a very competitive late-season game with top seed Liberty Ranch.

If the Wildcats can get past the Cougars, they will host a second-round game on Monday.

Tickets for all Sac-Joaquin section playoff games can only be purchased online by clicking here.