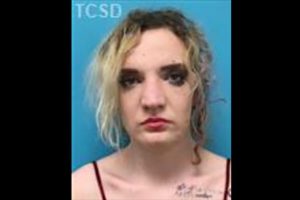 Sonora, CA – A CHP chase stretching from Tuolumne to Calaveras County reached speeds of over 90 mph along Highway 108 and 49.

An officer tried to stop a 2010 Lexus sedan for a moving violation around 3:30 a.m. last Tuesday on Highway 108 near Stockton Street. The driver, 21-year-old Heaven Pratt of Groveland, hit the gas sparking the 25-mile pursuit that began in Sonora.

CHP spokesperson Officer Steve Machado detailed that not only was Pratt speeding but that several times she went the wrong way on the roadways. Just west of Angles Camp near Cosgrove Road in Calaveras County, San Andreas Unit CHP Officers assisted by laying down a spike strip, deflating the vehicle’s tires.

Initially, Pratt and her passenger, 43-year-old William Short, also of Groveland, did not follow officers’ orders to get out of the car, but eventually complied, according to Machado. A vehicle search turned up Methamphetamine and other drug paraphernalia. Both were arrested for multiple felony charges with Pratt being placed on a $50,000 bail.

Of note, last year at this same time, Pratt was arrested in connection with a truck bed of stolen merchandise at the Sonora Lowe’s, as detailed here.