Loot Piled In A Pickup Bed Results In Two Arrests 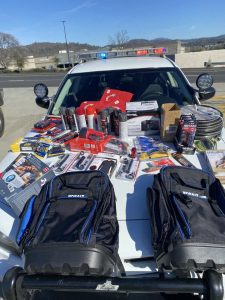 Sonora, CA – A man and woman shopping at the Sonora Lowe’s decided to skip the registers and walk out of the store with over a thousand dollars of tools on Thursday afternoon.

Littleton’s accomplice, 20-year-old Heaven Pratt of Sonora was found at a nearby store. The two were arrested for grand theft, conspiracy to commit a crime, and being in possession of drug paraphernalia. Their bail was set at $20,000 each.