Department of Homeland Security In California For Secure Super Bowl 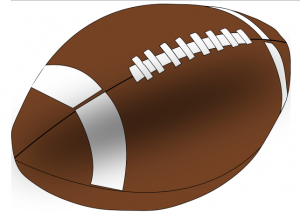 Secretary of Homeland Security Alejandro N. Mayorkas traveled this week to Los Angeles, California to meet with state and local law enforcement and the National Football League (NFL) to review Department of Homeland Security (DHS) operations to help ensure the safety and security of employees, players, and fans during Super Bowl LVI.

Mayorkas was Friday’s KVML “Newsmaker of the Day”.

“The Department of Homeland Security is fundamentally a department of partnerships, and those partnerships are critical to ensuring the safety and security of Super Bowl operations as well as that of the surrounding community,” said Secretary Alejandro N. Mayorkas. “Our dedicated DHS workforce is working collaboratively alongside our federal, state, and local partners to provide operational and technical support to the NFL, City of Inglewood, and State of California to keep this national event safe. Just like the game itself, vigilance is a team effort, so please remember: if you see something, say something.”

As with past Super Bowls, this event was voluntarily submitted to DHS for a risk assessment. DHS classified this event as a Special Event Assessment Rating (SEAR) Level 1, meaning that DHS has determined this event to be significant, with national and international importance, and requiring extensive federal support.

Several DHS agencies are working with state and local partners and the NFL on a range of initiatives to ensure the safety and security of Super Bowl LVI.

U.S. Customs and Border Protection (CBP) is providing assets including aviation security, video surveillance capabilities, and non-intrusive inspection of vehicles and cargo support. CBP officers will scan vehicles and cargo entering the stadium for contraband such as narcotics, weapons, and explosives. CBP plays a critical role in the fight against human trafficking and the disruption of counterfeit merchandise smuggling operations.

The Cybersecurity and Infrastructure Security Agency (CISA) is working with federal, state, and local authorities to identify, assess, and mitigate risks to critical infrastructure in Los Angeles. CISA is also serving as a liaison for private communications companies supporting the event. CISA has conducted cybersecurity vulnerability assessments, multiple planning exercises, and bomb safety workshops with state and local partners. During the Super Bowl, CISA will support emergency communications and monitor potential risks to critical infrastructure.

The Federal Emergency Management Agency (FEMA) is providing Mobile Emergency Response Support (MERS) units to ensure that state and local security personnel can quickly coordinate with federal partners in the event of an emergency. MERS provides mobile telecommunications, operational support, life support, and power generation assets needed to respond to a natural or man-made incident or an act of terrorism. FEMA will activate federal response partners to lead emergency relief and recovery efforts, as necessary.

Immigration and Customs Enforcement (ICE) Homeland Security Investigations (HSI) has deployed a task force to identify and combat human trafficking, as well as intellectual property enforcement teams to the City of Inglewood. CBP and HSI will conduct operations targeting counterfeit vendors and merchants of game-related sportswear as part of a crackdown on intellectual property rights violations. These operations help ensure fans are receiving official, safe memorabilia.

The Office of Intelligence and Analysis (I&A) is working with the Federal Bureau of Investigation (FBI) to assess the threat landscape leading up to the Super Bowl. I&A is sharing timely and actionable information and intelligence with state and local law enforcement, including to inform security planning efforts.

The Office of Operations Coordination (OPS) is supporting 24/7 information sharing with our federal, state, and local partners. Additionally, OPS deploys a support cell to the Super Bowl which provides support to the federal coordination team and field reporting to ensure situational awareness with our partners.

The U.S. Secret Service (USSS) is serving as federal coordinator for this event, leading coordination and integration efforts across federal, state, and local partners that are supporting the safety and security of this event.

The DHS Blue Campaign launched a two-week digital advertising campaign to increase awareness about human trafficking. This campaign is targeting adult residents of and visitors to the Inglewood area in Los Angeles through February 1-13, 2022.

DHS is continuing our partnership with the NFL on the “If You See Something, Say Something®” public awareness campaign. This campaign is using social media, digital advertisements, and visual displays within the stadium and throughout the Los Angeles area to raise public awareness about the importance of reporting suspicious activity.

On Super Bowl Sunday, game attendees and the general public in Los Angeles can report suspicious activity by calling or texting this tip line: (562) 662-2344. Suspicious activity and threats of violence, including online threats, can also be reported to local law enforcement.