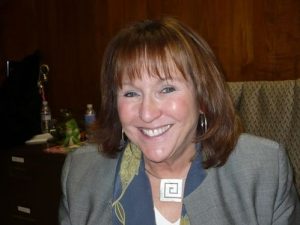 Murphys, CA — Longtime Calaveras Supervisor Merita Callaway will not be on the ballot for re-election this year.

Her district three covers the Highway 4 corridor between Vallecito and up through communities like Arnold and Dorrington.

She tells Clarke Broadcasting, “It was a very difficult decision. I absolutely love what I do and I feel very honored to have been able to do it for all of these years. I just decided it was time to let it go.”

Adding, “It wasn’t any one thing, and it took me a long time to come to this decision (to not seek re-election).”

Callaway spent 22 years as a supervisor prior to a narrow election defeat by Michael Oliveira in 2014. She then came back and defeated him in 2018 rematch.

She has seen many issues and debates play out over the years. Asked about her fondest memories and accomplishments, she says many are smaller items brought to her by constituents that she has helped to find solutions for. Whether it be new ways to get rid of yard waste, to new bike paths, or better road signage in various areas.

Other highlights include passing a new General Plan, seeing the expansion of cell service, and helping to acquire state funding for the new jail.

She notes, “Being a supervisor in a rural county has got to be one of the best jobs ever,” and admits that she will miss being stopped at the supermarket by constituents who have issues they want to give their opinions about.

Adding, “Whoever is the next supervisor will be going to a county that is well run and will be working with a team of colleagues that I’ll think they’ll find very supportive. We might philosophically disagree on issues, but it is issue-oriented, it is not personal.”

As for what’s next after leaving office, Callaway says she is unsure, noting there are still 10 months left in her term.

During that time, she is hoping for a commitment from the board to create a new animal shelter and also a needed new office for the District Attorney (currently in modular). She will also continue to push for an oak ordinance and a dark sky ordinance.

The Calaveras County Election’s Office indicates that two prospective candidates have filed paperwork to collect signatures in lieu of the filing fee for the District Three seat. It is an early step toward becoming a candidate for the position. They include Martin Huberty who leads the Calaveras Visitors Bureau and the Angels Camp Museum. He is also the interim CEO of the Calaveras Chamber of Commerce. The other prospective candidate is Lisa Muetterties, a local real estate broker who also previously served as District Three Planning Commissioner while former supervisor Oliveira was in office.

The other supervisor seat that will be on the ballot this year is District Five. Incumbent Benjamin Stopper has taken the early step to take out paperwork to collect signatures in lieu of fees, and so has prospective challenger Clarissa Powell.