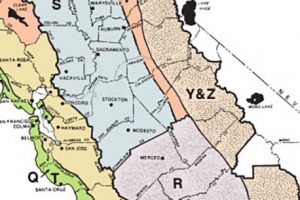 Sonora, CA – Some Pacific Gas and Electric Company (PG&E) customers in the Mother Lode will be switched to a new Time-of-Use (TOU) rate plan in April to support statewide energy initiatives.

PG&E today noted all California investor-owned electric utilities are required to automatically transition customers to that plan to support a cleaner, healthier, and more reliable energy grid. The utility announced about 142,662 eligible residential electric customers currently on a tiered rate plan called E-1 will be moved to the TOU rate plan with peak pricing between 4-9 p.m. PG&E spokesperson Megan McFarland indicated that on the TOU rate plan “when customers use energy is as important as how much they use.”

Nearly 2.5 million customers in the company’s service area will transition in stages by geographical region. In the Mother Lode, the county breakdown is 10,941 in Tuolumne, 10,165 in Calaveras, and 6,479 in Amador. McFarland did not have the specifics regarding what percentage of customers those numbers represent in those counties or locations. She relayed, “It’s my understanding that they’re scattered across the county.”

There are exceptions, those excluded from the automatic transition include:

The map provided by PG&E shows the different territories in the state, with P, S, W, and R related to “hot climate zones,” which covers portions of the Mother Lode.

PG&E reported it does not profit from this change. When asked to elaborate, McFarland responded, “The TOU rate plan is part of a statewide effort to promote more efficient energy usage and support our state’s use of clean energy, so PG&E does not profit and it’s also not a rate increase.” She continued, “On the TOU rate plan, prices will be higher between the peak hours of 4 p.m. and 9 p.m. when demand is highest and clean energy resources are less plentiful. The price of electricity will be lower 19 hours of each day, during off-peak hours when demand is lower and renewable resources, like solar, are more plentiful.”

Customers will also be covered under what the company calls a risk-free “Bill Protection” for the first 12 months. McFarland explains, “If a customer pays more on the TOU rate plan than they would have on their current rate plan, PG&E will automatically credit the customer the difference for the first year.”

In December, customer notifications went out, allowing them to choose another rate plan. PG&E’s Chief Customer Officer Marlene Santos affirmed, “We’re communicating this change more than 90 days ahead, and we’ll continue to share information before each regional transition takes place. And, customers can choose the rate plan that best fits their needs and lives at any time.”

The utility also touted an earlier trial of the TOU rate plan that began in 2018, with around 150,000 residential customers from across PG&E’s service area. It included 4,800 customers in Tuolumne and Calaveras counties, as reported here. The company noted that eighty percent of those customers stayed on the new TOU rate plan for more than a year and feedback from those customers was incorporated into the plans for the full rollout.

For more information about the transition to TOU rates and Bill Protection eligibility for these counties, click here.