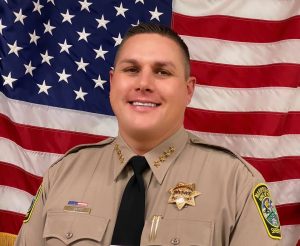 This week there was an early morning burglary at Coast Hardware store in Mariposa, and it was the second time the business has been hit in the past six months.

A passing motorist spotted “multiple suspects” breaking into the business and called 911. Sheriff’s deputies arrived within minutes but it appeared the earlier passing vehicle spooked the suspects because they had all left the scene. Deputies found that the criminals had broken some glass display windows and stolen several items from the front of the store.

A security camera was able to capture a license plate image that led to search warrants being conducted down in Planada and Le Grand. Stolen items from the business were confiscated by deputies and arrested were 36-year-old Anna Orozco of Le Grand and 43-year-old Jesus Moreno of Planada.

Mariposa Sheriff Jeremy Briese says, “Being able to identify these suspects quickly and restore a level of peace for our community and business owners is a big win for us. Dirtbag criminals like these are not welcome in Mariposa County.”

He adds, “We will continue to use all of our resources on all future crimes that threaten our community.”

The Mariposa County Sheriff’s Office reports that deputies continue to investigate both of the recent burglaries and hopes to identify additional suspects who may have been involved.