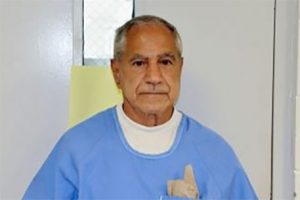 Sacramento, CA – Sirhan Sirhan, convicted assassin of Robert F. Kennedy, will not be released from prison, as Governor Gavin Newsom has rejected his pardon.

While Sirhan has been locked up over a half-century after the 1968 slaying, Newsom denied the two-person parole panel’s recommendation to set him free. The governor, who named RFK as his political hero, said Sirhan even at age 77 poses an unreasonable threat to public safety.  In his decision Newsom noted, “Mr. Sirhan’s assassination of Senator Kennedy is among the most notorious crimes in American history.” He added that Sirhan “lacks the insight that would prevent him from making the same types of dangerous decisions he made in the past.”

Sirhan will appeal the governor’s denial, according to his lawyer who pointed to the fact that the parole commissioners had found Sirhan suitable for release “because of his impressive extensive record of rehabilitation over the last half-century.”

Several members of Kennedy’s family including his widow, Ethel, and six of his children hailed Newsom’s decision, but two of RFK’s sons Douglas Kennedy and Robert F. Kennedy Jr. supporting his release. This is Sirhan’s 16th time that he has lost his bid for release. While originally sentenced to death, his sentence was commuted to life in 1972 when the California Supreme Court briefly outlawed capital punishment. A new parole hearing for Sirhan will be scheduled for no later than February 2023. View Newsom’s decision here.