Elder Will Not Challenge Newsom This Year 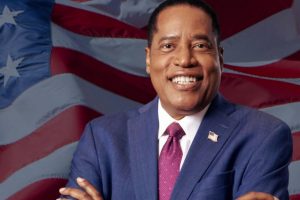 Sacramento, CA — Talk radio host Larry Elder was the top Republican vote-getter during the recall attempt of Governor Gavin Newsom last year, but he will not seek a rematch.

Elder says he will sit out the 2022 Governor election and instead focus on raising money for House and Senate candidates through his Elder for America Pac.  It will allow him to remain visible and politically active in national races. He did not rule out a future run for public office.

61-percent voted against recalling Governor Newsom during the election on September 14. Of those who voted yes, nearly 49-percent picked Elder as the top replacement candidate. Second place was Democrat Kevin Paffrath with 9.6-percent.

It is a quick turnaround to the 2022 election, and it remains unclear if any high-profile challengers will run against Newsom as he seeks a second term.