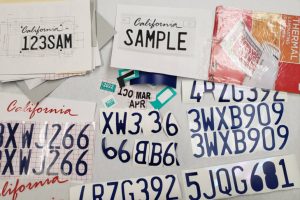 Amador County, CA — A pair of grinches broke into several stores at a shopping mall on Christmas Eve in Amador County but their deeds caught up with them while trying to increase their ill-gotten gains at a nearby casino.

A report of three separate burglaries at the Amador Ridge Plaza in Martell brought Amador Sheriff’s Deputies to the scene to investigate. They discovered two businesses that had been broken into along with a vehicle.  It was missing a purse with the vehicle’s only car key, a wallet, and a credit card inside.

While still on the scene, the vehicle’s owner reported the credit card had recently been used at another business. Deputies rushed to that area but the thieves were gone. Luckily the male thief along with his female accomplice, and their vehicle were caught on surveillance.

A little later, deputies spotted the vehicle at Harrah’s Northern California Casino and the two thieves were found hitting the tables.  Jeremy Chapman of Lodi and Brittani Burns of Manteca were taken into custody without incident. A search of their vehicle turned up the stolen wallet and car key. Also, a large amount of methamphetamine, burglary tools, forged DMV documents, two driver’s licenses, and several financial documents not belonging to the pair were also found. The two stolen driver’s licenses had been taken from individuals in Elk Grove and Turlock.