Over A Million Pot Plants Seized On Public Lands 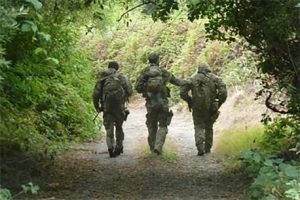 Sacramento, CA – Statewide more than one-million plants and nearly 180,300 pounds of processed illegal marijuana were seized on public lands by the Bureau of Land Management (BLM) this year.

Significant environmental impacts are another problem found at these grows. Mounds of trash, almost 300 miles of waterline, 583 propane tanks, and more than 67,000 pounds of grow site infrastructure were collected at these illegal operations.

“Growing marijuana on federal land is a crime, but that is not the only issue here,” said Special Agent In Charge Dylan Ragan. “It also has devastating impacts on public safety, wildlife, and natural resources. I have a profound respect for the fantastic work our rangers and special agents involved in eradicating illegal grow sites and removing highly toxic chemicals that pollute public lands and waters.”

Voicing support for the Biden Administration’s conservation vision that calls for doing better for people, fish, wildlife, and for the planet, BLM officials ask anyone who comes across a growing site to immediately leave the area and then call 911.  They added that with everyone working together and proper management of these resources will keep “public lands healthy and productive for current and future generations of Americans.”