U-Haul Not Used To Move but Instead Steal 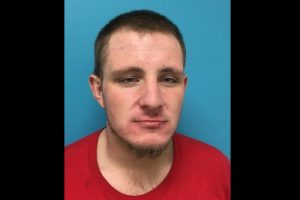 Sonora, CA – A neighbor spied two men climbing through a window at a home in Sonora Estates near the Columbia Airport recently and called 911.

The caller told arriving Tuolumne Sheriff’s Deputies that no one was supposed to be at the residence, so he confronted the two men who were loading items into a U-Haul at a home in the 22400 block of Sunshine Road in Sonora. The pair jumped into the truck and took off.

Deputies searched the area and located the U-Haul. Inside were, 23-year-old Tre Harveysjackson of Soulsbyville and 21-year-old Julian Torres of Jamestown. During questioning, sheriff’s spokesperson Nicco Sandelin reported that the two admitted to entering the home but Harveysjackson claimed the owner had given him permission. Further investigation proved that to be untrue, according to Sandelin.

Deputies searched the U-Haul and found a debit card not belonging to the men and some property that did not belong to them either. Both were arrested without incident for burglary with Harveyjackson tacking on an additional charge for possession of stolen property. They were each placed on a $50,000 bail.