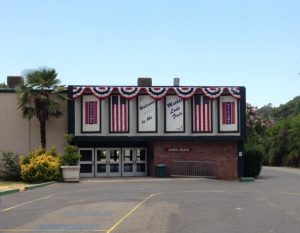 Sonora, CA — Fair Officials await the final numbers, but preliminary counts show a minimal increase in attendance and sales for the Mother Lode Fair but at less expense.

The Mother Lode Fair Board met today to discuss initial numbers and share feedback about the event.  Interim Fair Manager Forrest White says, “Walk-in traffic, not counting pre-sales, those numbers were up one to two percent. So a little bit, but not huge. Over all numbers seem to be tracking with last year’s.” In 2013, an estimated 9,500 came to the fair and in 2012, 8,000 came through the gates. White reports there were probably a few hundred more people this year than last year.

At the meeting the consensus was that all the kids who sold animals “Did well”. The amount of money paid for livestock was also up from last year to $252,000. Numbers for each livestock category have not been released.

White reports the Fairgrounds operates on a $400,000 budget, and one of the expenses this year will be fixing a forklift. It is suspected that something is wrong with the transmission, and it will cost $5,000 or more to fix. White says, “We budgeted conservatively this year. We will exceed the goals in revenue and we are right on track for expenses.” The budget was designed to cut last year’s $60,000 budget shortfall in half, White expects by the end of the year spending should be at the goal of $30,000 more than revenue. He noted, “last year they had very, very, good numbers but they also had real high expenses.” The goal, since state funding was withdrawn from the fairgrounds, is to use reserve money to become self sustainable.

The board talked about how impressive it was that Governor Jerry Brown visited the fair for two hours. They hope his visit will help promote attendance at other local fairs. The Friends Of the Fair organization handed out many applications to purchase a brick in support of the fairgrounds, they are waiting to see how many return those applications. More information about the Brick program is here.

Areas the fair board mentioned addressing later include faster printers for ticket sales at the event and more trips to the fair on the weekend by Tuolumne County Transit. It was noted that the Sheriff’s Department and CHP reported no problems, arrests or DUI’s related to the fair.