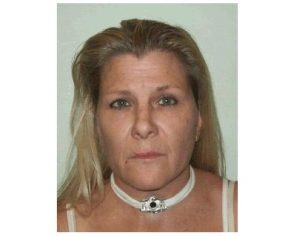 Groveland, CA — There was some disagreement between the District Attorney’s Office and the Judge about what the sentencing should be for Groveland resident Dawn Rushelle Murphy.

She was arrested this past August during a traffic stop on Highway 108. Officials confiscated the deadly drug fentanyl, along with methamphetamine, drug packaging material, and $2,500. There were also photos in her cell phone indicating that she had been involved in selling drugs. Murphy pleaded guilty to all of the charges filed against her. By admitting to the crimes, it allowed her to be considered for drug court,

While it has been a proven successful program to reduce recidivism among drug offenders, District Attorney Cassandra Jenecke opposed a drug court sentencing because she felt past statements Murphy made to the Probation Department questioned whether she was serious about getting needed treatment. DA Jenecke was also concerned about the seriousness of the drug fentanyl.

In hopes that she will be successful, Judge Kevin Siebert granted Murphy’s request to be placed in drug court. He also sentenced her to six months in county jail and two years of probation.

DA Janecke put out a statement raising concerns about the drug, noting, “Fentanyl is a powerful synthetic opioid that is up to 100 times stronger than morphine. Fentanyl-related overdoses have increased during the Pandemic and pose a threat to our community especially as it is nearly impossible to tell if drugs are laced with fentanyl as it is tasteless and odorless. As little as two milligrams of fentanyl can kill a human being. One pill can kill.”