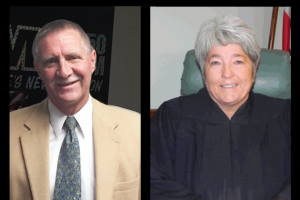 Before becoming a judge, Donald Segerstrom served as District Attorney of Tuolumne County from 2001-2011 and Kate Powell Segerstrom had a private practice on Washington Street in Sonora. Both have served two additional terms and will have been on the bench for nine and eight years each respectively.

They will remain active judges until Governor Gavin Newsom announces his appointments to fill their vacancies. To view Presiding Judge Kevin M. Seibert’s announcements of their stepping down from the bench click here for Judge Donald Segerstrom Jr. and here for Judge Kate Powell Segerstrom.