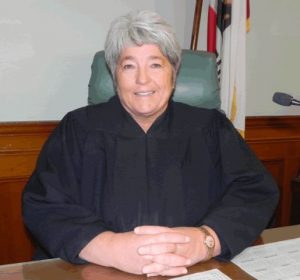 Governor Jerry Brown announced Segerstrom’s appointment on December 5th, and her swearing in ceremony was held during the noon-hour today at the main courthouse in downtown Sonora. The seat became open following the retirement of Judge Eric DuTemple. “It’s a privilege to have received this appointment from the Governor, and to be able to take this next step in a legal career,” Segerstrom said after the ceremony. “It’s an incredible honor and very exciting, but it will also be a steep learning curve, but I have a pretty incredible support system.”

Several of Segerstrom’s family members flew in for the event. To view her entire speech, click here.