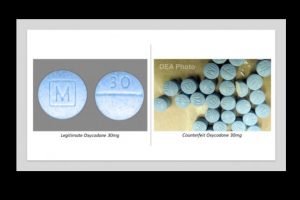 Calaveras County, CA – Pills laced with fentanyl are believed to have resulted in the death of a young adult male in Calaveras County last month and now have sheriff’s officials issuing a public safety alert.

In October, deputies responded to a residence in the county after a caller reported a young male adult unconscious and not breathing after taking a pain pill. The exact address was not disclosed. Despite medics administering Narcan, used to treat an opioid overdose, and CPR, they were not able to revive the man. Sheriff’s spokesperson Lt. Greg Stark relayed additional pills found at the home tested positive for the drug fentanyl, which can be deadly even in small doses.

This is not the first time that fentanyl has been found circulating in the county. In August, a prisoner and a guard were exposed to fentanyl and overdosed. Both survived and the female inmate admitted to smuggling the drug into the county jail, as reported here.

The sheriff’s office has put out this safety alert urging the public to “use caution and not consume any medications unless they are prescribed by a trusted medical professional and dispensed by a licensed pharmacist, which is the only way to completely ensure medications are not counterfeit.” Any questions from the public concerning counterfeit pills can be directed to Lt. Stark at 209-754-6500 or click here.