Man Sentenced To Prison And Fined For Damaging Marijuana Grow 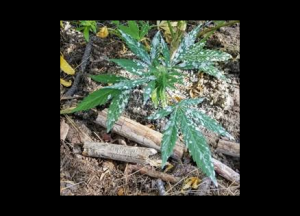 Sierra National Forest, CA — A resident of Mexico was arrested for growing marijuana in the Sierra Nevada and also fined for the damage he caused.

Federal officials report that 25-year-old Lester Eduardo Cardenas-Flores cultivated 2,307 marijuana plants in the Sierra National Forest. He was spotted carrying fertilizer into the grow site in Madera County and later apprehended there. Investigators determined that he caused significant damage to the area that serves as critical habitat for the Sierra Nevada Yellow-Legged Frog and the California spotted owl. Agents report finding deadly, banned, pesticides that were sprayed directly onto plants. In addition, 8.5 million gallons of water had been diverted from a nearby stream to irrigate the marijuana plants.

Cardenas was sentenced to two years and five months in prison and slapped with a $48,000 fine for the environmental damage.

A co-defendant, who was also at the grow site, 37-year-old Luis Madrigal-Reyes of Mexico, was sentenced to two and a half years in prison this past October.