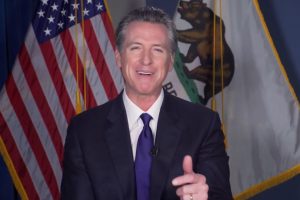 Sacramento, CA – California’s COP26 delegation at the U.N. Climate Conference in Scotland has joined with international partners, U.S. climate officials and others to advance collaboration on a wide array of climate action.

Governor Gavin Newsom today announced the state has joined the Beyond Oil & Gas Alliance (BOGA) launched at the conference, bringing together governments committed to advancing a transition away from oil and gas production. Newsom noted that the first-of-its-kind alliance will help build momentum for states and nations working to phase out oil and gas production and support efforts to build a clean energy economy.

“California is a global leader in combating the climate crisis with bold action to protect our planet while growing the economy, but we can’t meet the challenge of this existential threat alone,” said Governor Newsom. “With fossil fuels powering much of the global energy system, it’s critical that we partner with other states and nations around the world to build momentum for the phase-out of oil and gas production. Together, we must move beyond oil and usher in a cleaner and greener future that safeguards our communities, environment and the economy.”

The new partnership comes on the heels of last month’s announcement that the state is moving to prevent new oil drilling near communities and expand health protections as California works to phase out fossil fuels. The Governor’s policies also include ending the issuance of new fracking permits by 2024, moving the state toward phasing out oil extraction by 2045 and reducing demand for oil by ending new gas-powered cars sales by 2035.