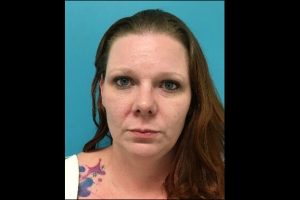 Sonora, CA – A Jamestown woman was arrested for battery after getting in a fight with the roommate of a friend who was moving.

Reports of a physical altercation sent Tuolumne Sheriff’s Deputies to a home in the 17000 block of Tamalpais Court in Sonora. Through the questioning of those involved, deputies determined that 38-year-old Jennifer Mettlen was helping a male friend pack when she got into a fight with his female roommate.. Sheriff’s spokesperson Nicco Sandelin revealed. “The altercation allegedly started over the two bumping into each other in the hallway as Mettlen was leaving.”

The victim had visible head and face injuries. Sandelin did not know the relationship between the two women. Mettlen was arrested for battery resulting in serious bodily injury and placed on a $50,000 bail.