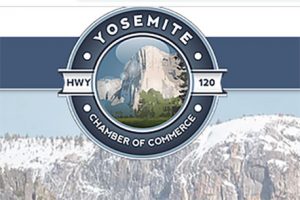 Sonora, CA – A bounced check initiated an investigation that ended with the manager of the Yosemite Chamber of Commerce (YCC) being arrested for embezzlement of over $13,000 in 2014.

At the end of last month, 59-year-old Kevin Roy Wilson, who previously pled guilty to embezzlement, forgery, and identity theft was sentenced to 10 months in the county jail and 2 years of felony probation by Judge Donald Segerstrom. The case was originally filed in December of 2015 and a warrant for Wilson’s arrest remained outstanding until he was arraigned in June of 2019, according to Tuolumne County District Attorney Cassandra Jenecke.

Wilson was hired as manager of YCC with access to the chamber’s credit cards and checks. About a year later, its checking account became overdrawn by $1,700. Some YCC members confronted Wilson, who denied embezzlement allegations and later resigned.

An investigation into the allegations alleged that Wilson had pilfered a total of $13,215.55. It also uncovered what those funds were spent on including child support, 42 unauthorized credit card cable/internet, propane service, clothing stores, hotel stays in Reno and Black Oak Casino, food, Redbox rentals, and online transactions.

The delays in prosecuting this case included a motion this January by Wilson’s attorney for his evaluation for competency to stand trial. Wilson was declared competent in May and then in August, he pled guilty. D.A. Jenecke noted that there was no plea bargain deal.

On December 2nd, Wilson will be back in court for a restitution hearing to determine the amount he will be ordered to pay the chamber. At that time, he will also begin serving his jail time.