Saturday’s March Against Monsanto In Sonora 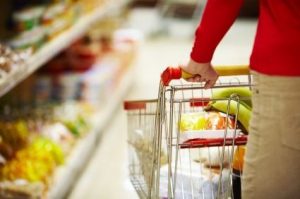 On Saturday May 24th, concerned people around the world will unite to March Against Monsanto.

International organizers anticipate that around two million people will march in over three hundred cities, in over fifty countries this Saturday.

In Tuolumne County, the March will take place beginning at noon at Courthouse Park in Sonora.

When asked why she is organizing this march in Sonora and why residents should care, Nordstrom replied, “Research studies have shown that Monsanto’s genetically-modified foods can lead to serious health conditions such as the development of cancer tumors, infertility and birth defects.

Nordstrom continued, “In the United States, the FDA, the agency tasked with ensuring food safety for the population, is steered by ex-Monsanto executives, and we feel that’s a questionable conflict of interests and explains the lack of government-lead research on the long-term effects of GMO products.

Last year, the U.S. Congress and President Obama collectively passed the (nicknamed) “Monsanto Protection Act” that, among other things, banned courts from halting the sale of Monsanto’s genetically-modified seeds.

Monsanto has been the benefactor of corporate subsidies and political favoritism. Organic and small farmers suffer losses while Monsanto continues to forge its monopoly over the world’s food supply, including exclusive patenting rights over seeds and genetic makeup.

Monsanto’s GMO seeds are harmful to the environment; for example, scientists have indicated they have caused colony collapse among the world’s bee population.”

When asked what Nordstrom does in order to avoid GMO’s herself, Nordstrom replied, “I garden, I patronize our farmer’s markets, buy organic and I shop at a local co-op. I boycot Monsanto-owned companies that use GMOs in their products.”

This Saturday from noon through 3 PM at Courthouse Park in Sonora, Nordstrom hopes to see anyone who cares about their health, food choices and the healthy future of the next generation show up. Since this will all take place in a single location, this is more of a rally than a march.

There will be speakers and pamphlets with information available.