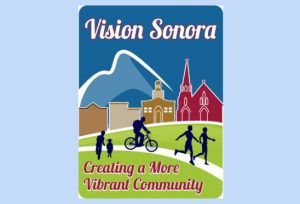 Sonora, CA — The City of Sonora is hoping to revitalize the Vision Sonora Committee.

The committee was spearheaded by the late Sonora Mayor Connie Williams nearly a decade ago and looked at ways to improve mobility and beautify the downtown district. Early on, there was a focus on things like public parking, trails, outdoor restaurant seating, additional trees and improvements to the overall appearance of Stockton and Washington Streets. The committee has been somewhat quiet in recent years.

The committee was made up of council members, city staff, county supervisors and a member of the transportation council. The city council voted this week to add two at-large members of the public to the committee. After requesting applications, Mayor Matt Hawkins appointed Charles Segerstrom and Laurie Lehman.

Councilmember Colette Such stated she is “looking forward to resurrecting the committee” and “getting some work done.” Councilmember Ann Segerstrom added that the committee will be “revived and re-energized.” Adding, “Here we come, 2022.”

The vote to ratify the appointments was 4-0, with councilmember Mark Plummer absent.