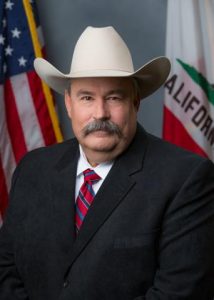 Tuolumne County, CA — A local Assemblyman is speaking out against the federal government’s decision to give three species of California amphibians protections under the Endangered Species Act.

We reported last week that the U.S. Fish and Wildlife Service made its final decision that two types of the Sierra Nevada yellow-legged frog, as well as the Yosemite Toad, are deemed threatened. The federal designations will go into effect June 30.

“Unfortunately this decision prioritizes the needs of frogs over people,” says Assemblyman Frank Bigelow, a Republican. “It will harm the livelihoods of rural Californians by altering their way of life and possibly driving them off their land at a time when so many are struggling to survive.”

The U.S. Fish and Wildlife has also proposed designating 1.8 million acres as “critical habitat” in order to protect the frogs. Bigelow adds, “That ruling isn’t expected until next year, and I hope our representatives at the federal level will do everything they can to ensure that the economic needs of rural Californians are taken into account.”