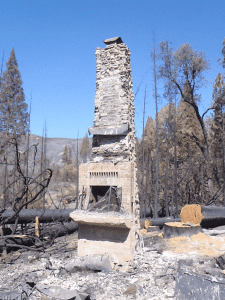 Sonora, CA — Some of the initial salvage logging in the Stanislaus National Forest should soon get underway.

Dead or dying trees will be removed along developed roads and campgrounds.

“The Forest Supervisor has signed a decision notice, also called a finding of no significant impact, for the Rim Fire Hazard Tree Environmental Assessment,” says Don Ferguson, BAER Team spokesperson. “That authorizes hazard tree removal along 194 miles of the high use roads, which are the surfaced forest roads, county roads, and Highway 120 within the Rim Fire area. It also includes an additional 1,329 acres of National Forest land within, and adjacent to, developed facilities.”

Companies will be able to bid on areas where salvage work is needed, and timber equipment could start moving in sometime next month. The hope is that most of the work can be completed before the start of the summer fire season.

A second piece of the puzzle, the larger Rim Fire Recovery Draft EIS will be up for review and public comments within the next couple of weeks. That will deal with dead or dying trees in the large region off the beaten path, that is not necessarily impacting developed areas, but seen as critical in the overall recovery effort.

Salvage logging has already been taking place for several months on private land damaged by the Rim Fire.